Jerry Murphy has been a Wynmoor resident since 2012, where he lives for six months. He spends the other half of the year in Southampton NY. As a Healthcare Consultant, he continues to consult with physicians and hospitals while in New York. He worked with Sony in the Computer Division as a business manager and consultant and later worked as a business and sales consultant for Sony marketing divisions. He has used PCs, various laptops and currently uses a Dell laptop in conjunction with Apple’s iPad and iPhone.

BEVERLY FRIEND, PHD, has been a Wynmoor snowbird since 2006, with permanent residency in Illinois. As a retired journalism and English professor, she became involved with computers as adviser to the student newspaper at Oakton Community College, instructing in editing and layout, long ago, during a time when we still counted letters to make headlines fit. She works on a PC and a Samsung Galaxy 7 android smart phone, owns a (frequently used) Kindle White, a (seldom used) Ipad, a Verizon Tablet, and enjoys Facebook. As a contributor to chicagoccritic.com, her heaviest uses are of Word and email. She is also Executive Director of the China Judaic Studies Association, teaches January classes at Wynmoor, and is a percussionist.

RVING KAPLAN has been at Wynmoor since 2007. A snowbird, he resides permanently in Illinois, and is still learning his way around computers. Currently he has a Google Cromebook computer, a tablet, and a smart phone and enjoys taking pictures, using email and reading ebooks on them. Irv is well known at Wynmoor for baking his tasty Mandelbread (sold at the 19th hole) and his woodworking skills.

Ed Berkowitz has been a Wynmoor resident since 1996. He has been teaching computers since 1991 to various entities. He has conducted seminars and has taught the real estate licensing programs for salespersons and brokers in New Jersey. He has also taught computers aboard cruise ships, as well as private instruction.

Adele Berenstein has been wintering in Wynmoor since 2012. She resides permanently in Toronto Canada. Adele is a retired Customer Satisfaction Executive with over 41 years experience at IBM. She has her own blog dealing with Customer Satisfaction topics at www.satisfactionsecrets.com. Adele’s expertise includes Windows based systems, iPhone, iPad and Apple Watch topics, Facebook, LinkedIn, Pinterest,  Youtube, creating and maintaining websites and blogs. Adele is also a member of the Wynmoor Camera Club, the Wynmoor Golf Club and other social clubs.

Patrick O’Brien has been a Wynmoor Resident since 2013. Patrick hails from NY, NY. He is a member of the Wynmoor Writer’s Workshop, The Cycling Club, and Camera Club. He has managed 2 small business where he was responsible for keeping computers running properly. In addition, responsible for teaching new employees how to work the latest systems. He now works teaching the use of Windows based systems, desktops and laptops, smart phones, iPad, iPhone, Mac laptop and mac desktops. He also works solving problems with those systems and printers. 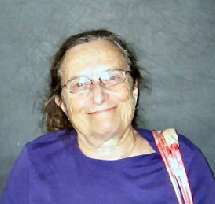